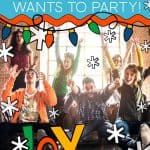 If money were no object, we would throw the Teenage Christmas Party of the century! There would be a chartered bus to take a gaggle of teenagers to Seattle where we would ride the Christmas Ducks, view the sights from the Space Needle, ride the monorail, check out the Gingerbread Village at Sheraton Seattle, and eat at The Old Spaghetti Factory. How fun would that be? Alas, we found a frugal way to celebrate instead and … dare I say … it was so much fun!

I have to admit, we threw this party together in a week, which is usually not my style but it turned out great anyway!

We decided on an Ugly Sweater Christmas Party and printed up the invitations.

My daughter invited about ten girls. We ate Costco pizza and then started the fun!

We had wrapped five different activities and let the girls take turns choosing which one to open. They did each activity as they opened the gifts.

Gift #1 was a large gift bag with the following supplies:

Oh my goodness! This activity created loads of laughter! One team chose to raid the refrigerator for a ‘lettuce nose’ instead of using the provided paper carrot. The snowmen posed with their team for pictures before decorating the floor with toilet paper!

Gift #3 was wrapped in a Christmas box, which was also used to draw names from.

Rules of the game:

This game is bound to bring so many laughs, you just might bust at the seams!

You may also divide your group into two teams to determine a winning team. We just played for fun and, oh my, it was a blast!

Gift #4 was wrapped in a box and included:

Check out this post for directions on how to play Dirty Santa.

Vote For The Ugliest Sweater

Each guest voted for the ugly, uglier, and ugliest sweater at the party. The winners received a prize with an award in the shape of a sweater!

We had plenty of prizes for everyone! They consisted of small books, posters, silly toys, etc. that we had accumulated over time.

Oh the fun they had! The party was planned in advance so it could be self directed by the girls. They just chose a gift/activity and did it at their own pace!

We also had a Hot Chocolate bar set up with:

The party was so much fun that my son wanted to throw one as well! We printed out invites and threw another party one week later! He didn’t like the ‘Ugly Sweater’ idea so we nixed that and had a photo booth instead. Somehow, The Celebrity Name Game ended up with three Miley Cyrus’ in it. Oh the laughs we had! These kids are just so much fun!

Remember the ‘Party of the Century’ I talked about earlier? Well, let me tell you, this Teenage Christmas Party came pretty close if you’re using the measure of laughter! 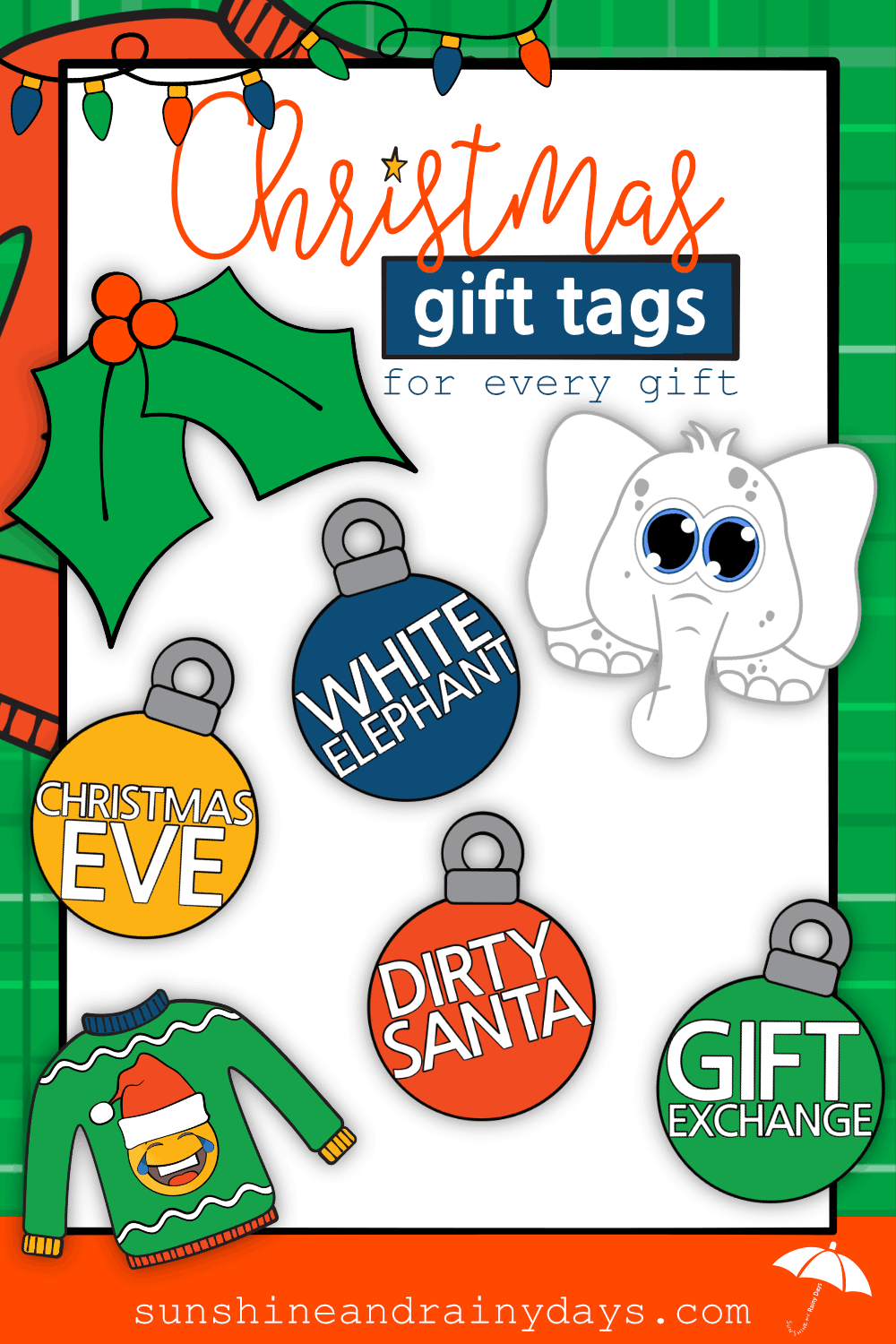 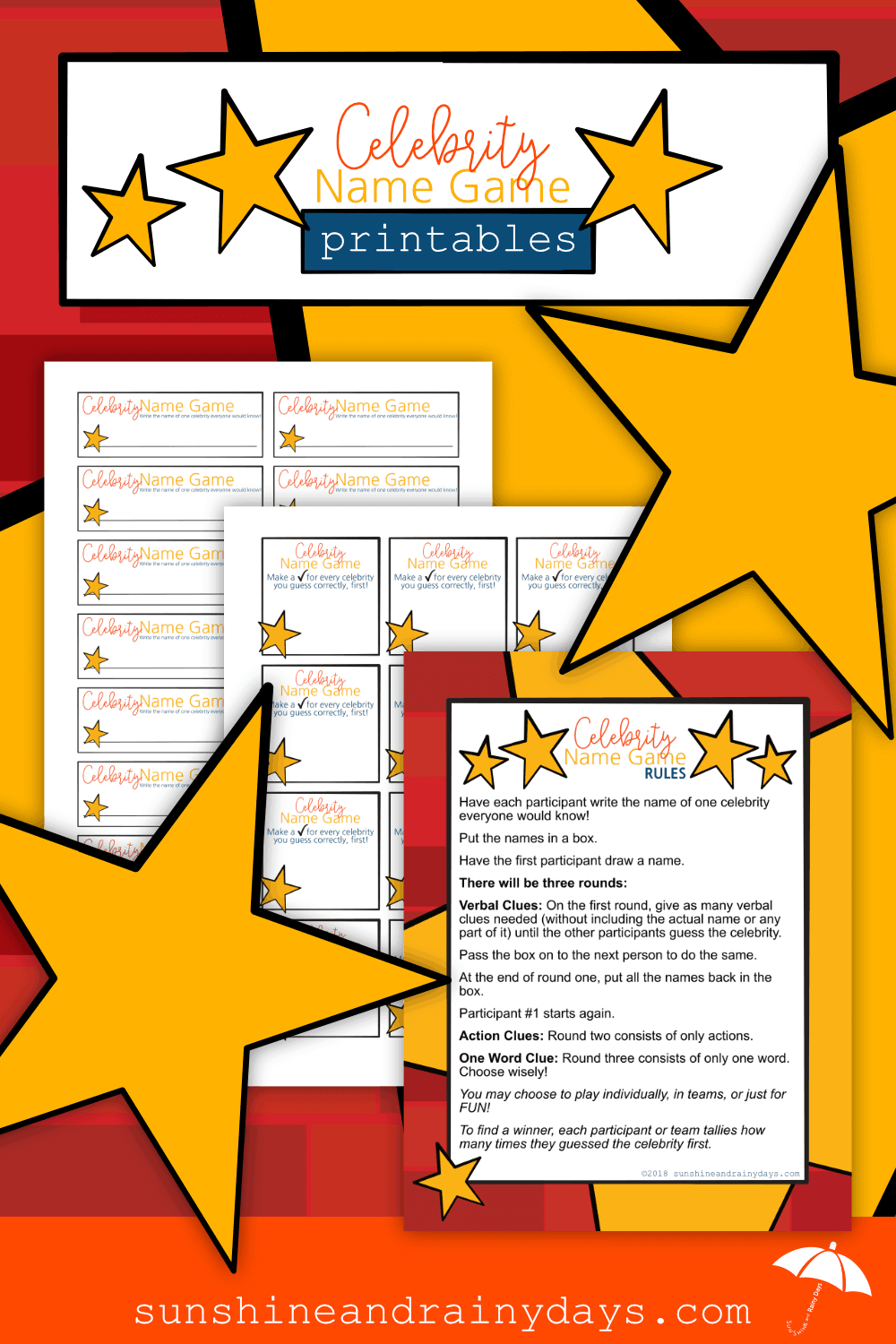 […] threw an ‘Ugly Sweater Christmas Party’ at our house! It was so much fun that Zack decided he wanted to have a party too … minus the […]

Barb @ A Life in Balance

This sounds like tons of fun! I have to pin this to my Christmas board.

Thank you for pinning Barb! It was definitely lots of fun!!!

Love these ideas, Jayleen!! We might just have to plan something for our kiddos. :-)

Your kids would love you for it Laurie! Now to figure out how to change it up a bit for this year!

Those were incredibly fun ideas! I can just imagine there was laughter until jaws were hurting! It's really nice that you have the cards for people to print too! :)

Thank you for stopping by Kay! My jaws were definitely hurting after that night;0)

Thank you for stopping by Allison! I have to say I laughed a TON that night!