5 Things We Got Right With Our Kids

As parents, it’s incredibly easy to beat ourselves up for all the ways we’ve messed up with our kids.

You go to bed each night thinking, tomorrow. Tomorrow, I’ll be Supermom!

This time we are going to talk about Things We Got Right With Our Kids!

5 Things We Got Right With Our Kids

With our 17-year-old heading to college next year and our 15-year-old not far behind, I found myself reflecting on ways we could have done better as parents and then on things we actually got right!

Of course, our right will be different than your right and that’s okay!

We Gave Them An Allowance

There. I said it! We give our kids allowances.

No chores for pay, just straight up, once a month, allowance.

It’s the best thing we could have ever done!

Our son loves to buy things. Every time we went to the store there was something he couldn’t live without.

Our daughter saves. The girl would do without before letting go of her cash.

Fast forward and you will find our son carefully manages his money thinking ahead of friends’ Birthdays coming up, camp expenses, or that movie he has to see. He still likes to spend, without doubt, but he has learned to think ahead and budget! Our daughter has saved herself a great little start to this big world but has also learned to enjoy her money a bit too!

We Built A Homework Routine

In the early school years I would sit at the table with the kids every day after school while they worked on their homework. Guiding them, encouraging them, and making sure they had the supplies they needed.

Once in a while homework extended far longer than it should have but I was there.

My very detail oriented son had to get each task just right, the letters on the paper needed to look perfect, artwork had to be on point, and everything had to be done with great detail and care.

But we sat there. I often fluttered about doing housework but was always available and checking in.

We made homework a part of our routine.

To this day, it is routine for the kids to come home, sit in their ‘homework spot’ and get the work done.

Establishing routines in the early years has set them up for success!

And NO, I don’t have to sit with them! Woot! Woot!

We Talked About All Sides Of Politics (a little bit)

I wouldn’t say we’re a house divided but I will say my husband and I think differently on some issues.

It allows us to have open conversations and to see another point of view.

Our kids have grown to have their own opinions and beliefs instead of inheriting ours.

We Let Them Talk

As a toddler, our son could talk like nobody’s business. As a matter of fact, I don’t think I had my own thoughts until he was in school. And only during school hours.

We let him talk!

Our son still talks to us at the age of 15! That’s incredible folks! Our 15-year-old son talks to us! Woot! Woot!

Don’t worry. I can have my own thoughts too! He doesn’t talk THAT much these days but he knows nothing is off limits to talk to his parents about.

Once in a while the kids would start conversations when it was time for bed.

We let them talk.

Sometimes we would talk until midnight. On a school night.

They knew what they were doing. MmmmHmmm! But I don’t care. We had great conversations and built memories.

We still have late night conversations. And I LOVE them!

They Chose Their Own Friends

Here’s the deal. We don’t know what happens at school or out in the yard at your friend’s house. Sometimes you might see a glimpse but you have to let your kids use their own gut instincts on this.

What if you were planning a party. Your friend tells you you must invite Sally Sue because she is her buddy. BUT Sally Sue talks about you behind your back, says mean things to you, throws balls at your face, spits on your shoes, and constantly tells you not to act stupid.

You know your friend will be angry if you don’t invite Sally Sue and you may possibly lose her friendship so what do you do?

We are constantly putting our kids in these situations to save our own friendships. Is it fair?

We got a few other things right in raising our kids but we’ve also messed up a time or two or three.

The question is: Are they ready to face this world? Have we equipped them to survive college? Will they be ready to manage their money, get their work done, and survive political discussions? Will they be willing to pick up the phone to talk? Will they listen to that gut instinct on those they surround themselves with?

What have you got right with your kids? 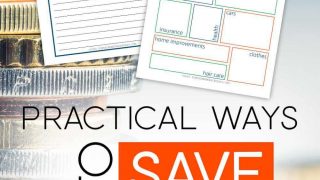 ← Previous
Practical Ways To Save Money 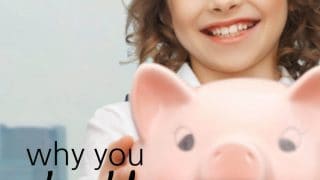 Next →
Should You Give Your Kids An Allowance?
Click here to cancel reply.