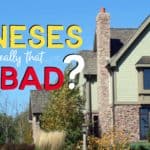 If you hang out in finance savvy groups at all, you’ve likely heard the Joneses mentioned over and over again. In every connotation, it is evident that the Joneses are NOT who you want to be. After all, the Joneses are living lavishly on credit and it’s sure to catch up with them. BUT, Are The Joneses Really That Bad?

Are the Joneses the family you wish you could emulate but know you can’t so you make up excuses as to why you wouldn’t want to be them?

We are getting REAL here!

Who Are The Joneses?

Believe it or not, there’s an actual definition for the word, Joneses. The definition is: A person’s neighbors or social equals.

Take a minute to think about that. The Joneses aren’t a mythical family, living in a mansion, on the hill, and going on vacation to their private island every month. The Joneses are your neighbors or social equals. They are just like YOU!

Why Do We Talk About The Joneses?

In 1913, there was a comic strip by Arthur R “Pop” Momand called, “Keeping Up With The Joneses”. The comic ran for 28 years and made the term, “keeping up with the Joneses” a part of our everyday language.

The Joneses never actually appeared in the comic but the storylines were influenced by the Joneses. Arthur and his wife had lived in a community where people tried to keep up with the Joneses, before moving to a community with a lower cost of living. Because of this, he was able to relay his experiences through comics.

What Does It Mean To Keep Up With The Joneses?

The common phrase, “keeping up with the Joneses”, relays the thought that one wants to emulate or not be outdone by their neighbors.

The insinuation is that, to keep up with the Joneses, a person will likely take on debt and live beyond their means, in order to appear they are as wealthy as their neighbors. Perhaps the neighbor bought a new car … then, you think you deserve a new car, too and go purchase one in order to look like you are just as wealthy as your next door neighbor … even though you hadn’t saved for it and take on debt to do so.

The thing is, it is common to vilify the neighbor and claim they are living beyond their means when, in reality, they may have a car sinking fund and saved cash for that car!

5 Reasons The Joneses Aren’t All That Bad

It’s time to flip the switch and stop vilifying the Joneses. After all, the Joneses really aren’t all that bad.

You Are The Joneses To Someone You Know

Soak that in for a minute!

What does that mean? It means someone is looking at you, wondering if you’re riddled in debt, because you are the Joneses in their world. You’re not all that bad, are you?

The Joneses Have Worked Hard To Get Where They Are

Forget the green eye for a minute and think about what the Joneses in your life have done to get where they are today.

The Joneses Have Made Sacrifices

What you see is the shiny car and the great house. You may not realize they rarely eat out and their vacations are few and far between.

Do you disagree? Do the Joneses, in your life, have and do it all? I bet it didn’t come without sacrifice, at some point in their lives.

The Joneses Pay Bills Too!

There’s no way around it. This was a shock to me when I purchased my first duplex at the age of 21. I had always been proud of the fact that I was debt free. No bills. Oh, the joy of living at home! It literally freaked me out that utility bills would come EVERY MONTH.

The Joneses have to pay bills!

The Joneses Don’t Have Everything They Want

They may look like they have it all but who has everything they have ever wanted? Not many. The Joneses have wants and desires too.

Instead of vilifying the Joneses, focus on what you want your financial picture to look like! Learn from those you respect and stop jumping to the conclusion that your neighbor’s finances are a hot mess. You don’t know that.

If you take a close look, the Joneses are JUST LIKE YOU!